In four enthralling histories we see in this volume of Srimad Bhagavatam how Krishna reciprocates with whatever desire we have. Through the examples of great kings, gods and celestials we learn how to approach Krishna to attain all of life’s important goals. We hear the teachings of great sages, divine incarnations and the Lord himself, which enable us to ultimately achieve the highest perfection: eternal life in the spiritual atmosphere. 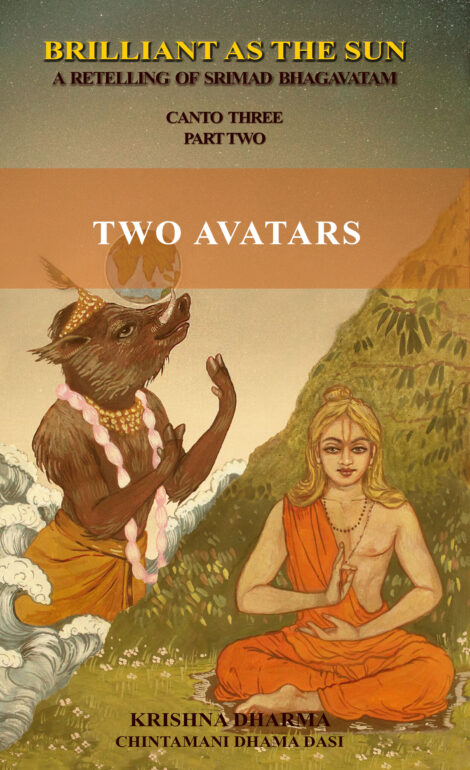 In this fourth volume we hear about the appearance of Vishnu’s stupendous boar incarnation, Lord Varaha, who rescues the earth from the demon Hiranyaksha. We also meet the great sage Kardama, who marries Devahuti, daughter of the earth’s emperor, Manu. She gives birth to Lord Kapila, the divine incarnation who descended to teach the ancient science of Sankhya Yoga. Filled with enlightening wisdom and stimulating stories, Two Avataras presents the ancient teachings of the epic Srimad Bhagavatam in a highly enjoyable way that will appeal to anyone seeking real peace A vivid dramatization of the great Sanskrit classic Srimad Bhagavatam, “The beautiful story of the Supreme Person”. In this third canto we travel with the saint Vidura as he meets first with Uddhava, Krishna’s secretary and close confidante, and then with the great sage Maitreya. We hear fascinating details about Krishna’s divine pastimes, the cosmos, and the nature of time. Replete with powerful mystical teachings, this profound book will touch your heart and leave you feeling spiritually inspired and renewed. 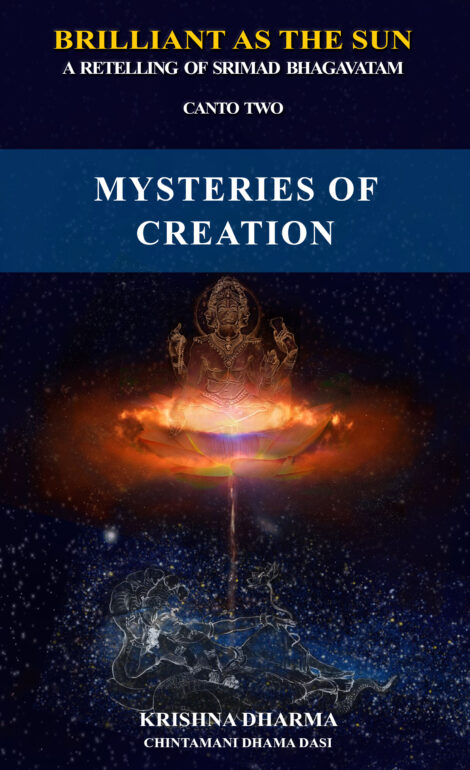 In this canto of Srimad Bhagavatam we hear the great sage Shukadeva Goswami answering the questions of King Parikit, who has been cursed to die in seven days. After briefly delineating man’s highest duty and the best way to conquer suffering and death, Shukadeva explains the path of mystic yoga and meditation. We are then introduced to Lord Brahma, greatest of the gods and engineer of the universe. Questioned by his son Narada, another powerful mystic, he describes the process of creation. We hear how the all-powerful Supreme Person expands A dramatic retelling of Srimad Bhagavatam, the most prominent of the Puranas, or histories of the Ancient World. The original Sanskrit text of the work, penned by the great sage Vyasadeva, says it is ‘as brilliant as the sun’, because its teachings can illuminate our consciousness even in the darkest times. Much like the Arabian Nights, it has an intricate structure of stories within stories; epic tales of divine incarnations, saints, sages, gods and earthly kings that span vast periods of time. This volume introduces the foundational story; a conversation In Vedic tradition, these depictions of the Goddess reflect the belief that male and female are simply different expressions of one supreme, absolute truth. 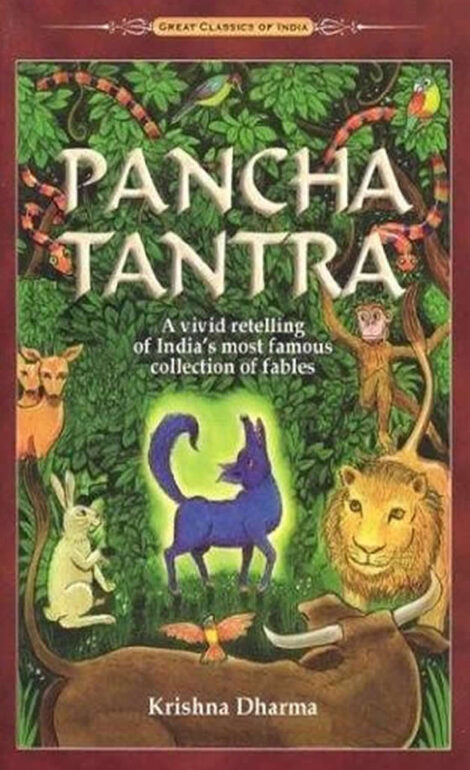 Panchatantra, India’s famous collection of fables has enthralled audiences for centuries. Full of humour, wit and wisdom, the tales combine artfully to convey basic life lessons. These fabulous stories, originally imported by a sage to three young princes, all illustrate that knowing how to use knowledge is more important than knowledge itself. The only non-scholarly version available, it is elegantly crafted and simple to read. Both younger readers and adults will enjoy this vivid retelling of Panchatantra.

What our readers say:

“There is plenty to discuss about dilemmas confronted, actions taken, things

Mahabharata: The Greatest Spiritual Epic of All Time

Mahabharata, a part of the ancient Vedas of India, is a story quite unlike anything else. There are few books which have survived as long as this five thousand year old epic. Its enduring popularity is itself testimony to the profound wisdom contained in its pages. In fact it includes the Bhagavad-gita – a masterpiece of spiritual knowledge revered by millions worldwide – and is the narration of the factual events which surrounded the speaking of that illuminating text.

Mahabharata thus deals with the activities of Krishna, the Supreme Person and 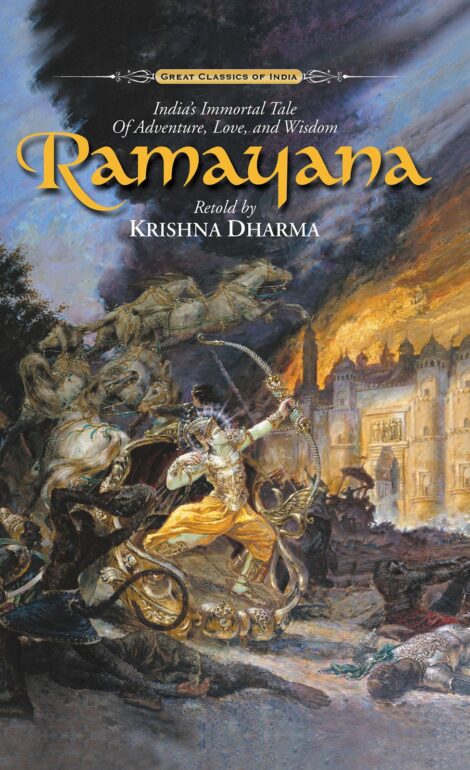 Ramayana must rank as one of the most loved and revered books of all time. A part of India’s ancient Vedas, it is a beautiful story of romance and adventure. It recounts the history of Rama, said be an incarnation of the Godhead, and his divine consort Sita. Filled with magic and mysticism, it entrances the reader and stirs deeply moving emotions. At the same time its profound spiritual messages leave one feeling uplifted and enriched.

This is a novelisation of the classic. It contains all the essential narrative of the